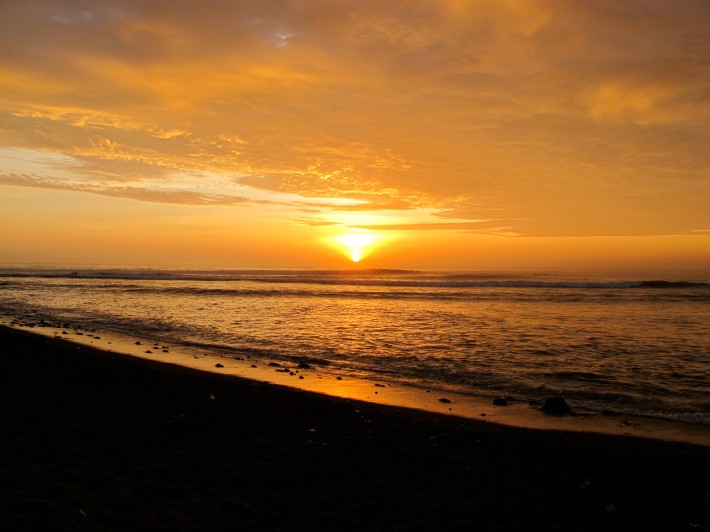 I took this picture after I learned all my summer clothes, my underwear and my travel towel had been given away to someone else after a laundromat staffer in Norther Peru mistook me for a Japanese girl. Judging from the size of the her clothes, she weighed about 50 lbs less than I did. Still, the laundress insisted we had looked so alike and that was the reason for the mistake.

The only clothes I had left were my winter layers, two other tops, and the shirt and shorts on me. All of my underwear were gone because for the first time in my life I had gone commando like a guy and assumed I would be getting all my clothes back in about five hours.

The cleaned clothes were put in black plastic bags and I had the foresight to open what was supposed to be my bag before heading back to my hostel. The Japanese girl didn’t. She was also no longer staying at the same place, which meant she could be anywhere, with a backpack full of my clothes. She could have even flown home.

I was supposed to take an overnight bus that night to Guayaquil, Ecuador, then fly out to the Galapagos Islands the next day. I had to cancel both tickets, rebook new ones and deal with calling my insurance company to see if they could compensate me for the loss and delay.

Before I did, I took a moment to go to the beach and see this sunset. A wedding had just taken place nearby, and surfers were still trying to catch the last waves of the day. There was a world of stress about to close in on me. But for a moment all I could see was the beauty of the sky.

2 thoughts on “For a moment, I forgot”