In the grand scheme of things, I am a nobody. I have a moderate amount of Twitter followers, but not that many compared to many people I know. Most of the time, I hope I make people laugh with goofy jokes and occasionally cheer them up with photos of Noodle. “How can anyone hate pictures of a cute dog?,” I thought.

I was wrong, apparently. 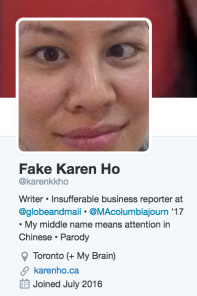 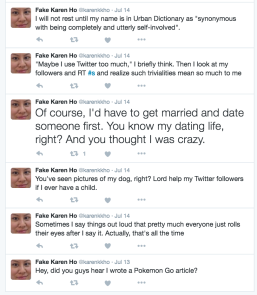 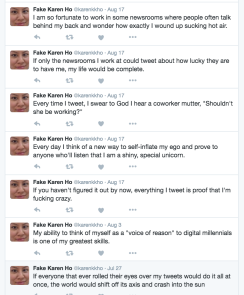 Whoever created it thinks I listen to REM. (I do not.)

I am told it is a kind of career milestone, that whatever modicum of success and attention I have garnered is enough to annoy someone enough they spent time creating this and thinking about how to pretend to be me. (Pretty poorly, I might add.)

I was initially annoyed, but then I felt bad for whoever’s behind the account. There are literally a million other things they could do with their time instead and they chose this.

Did I mention I’m a nobody?